Today, I walked into the spare room and found Berlioz seated on the chair at my desk, staring at the air conditioner in the wall above.

I asked him what he was doing, but as usual, he wouldn’t tell me. So I stood there for a second, walked a bit closer to the air conditioner, didn’t see anything unusual, so I left the room.

Not even 5 minutes later, I heard a ruckus coming from the spare room (I was just across the hall in the master bedroom). I peeked out the door and into the room, and I saw Berlioz in the center of the room, playing with something that appeared to be moving itself. I again walked a bit closer, and then jumped like three feet back when I realized it was a giant bug. I yelled “kill it, Berlioz!” but he didn’t. Instead, he grabbed it with his teeth, and sprinted out of the room and down the stairs. I followed with a book in hand, hoping that I could crush the bug myself when he let it go. He did finally let it go and at this point I was able to see exactly what it was – a wasp.

Upon this realization, I lost it. I grabbed a water bottle and tried to spray the wasp, but also sprayed Berlioz in the face. He snatched up the wasp (who I don’t think was able to fly or move very well anymore) and darted back upstairs with it, still buzzing in his clenched teeth.

I ran back upstairs, and frantically texted my husband, while the events unfolded before my eyes. 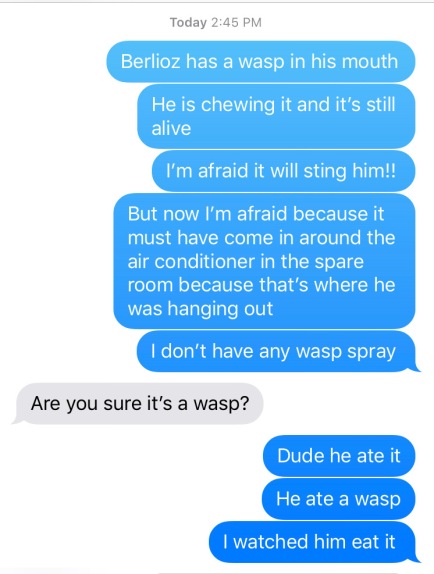 True story – Berlioz ate the wasp. I saw the whole thing. He saw me, he looked me dead in the eyes, and he began chewing. I heard a “crunch.” Then another “crunch.” He chewed a few more times, then began licking his chops.

The wasp never had a chance.

I panicked again, because I never saw a cat eat a wasp before, and I had no idea what could possibly happen. I assumed after the two “crunches” that it was sufficiently lifeless and unable to sting him, but would he get sick? Would he have trouble digesting a stinger? Who knows??

Google knows. Google always knows. Unless it stung him inside his throat (which I’m pretty sure it could not possibly have) it’s just a bit of extra protein and he should be fine.

Looks fine to me. 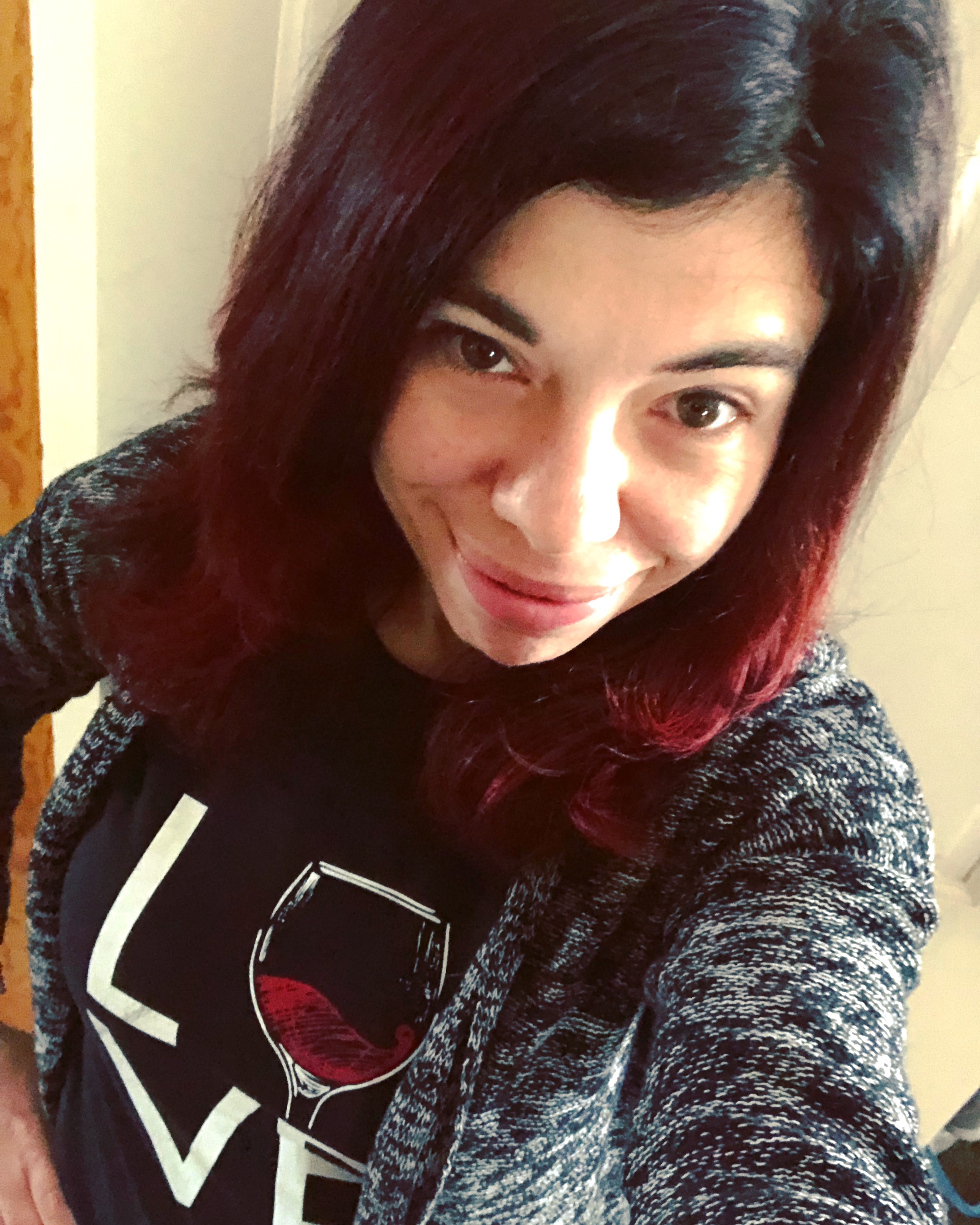